This course has been developed to give attendees the background to perform Microsystem reliability characterization from the component to system levels. Initially, we present the fundamentals of mechanical, environmental, and reliability testing as applied to Microsystems. The focus begins with the characterization of single components and structures; these are illustrated with practical examples from industry. We apply these procedures to MEMS and Microsystem level reliability test applications. Test techniques, specifications, and methodology are presented in detail with examples from industry. Additionally, for courses taking place in Neuchatel, participants will see live demonstrations of typical testing techniques to enable them to apply these concepts to their own application area.

This course is designed for the practicing scientist or engineer to provide a foundation in surface mechanical properties characterisation and reliability testing of Microsystems and Micro-Electro Mechanical Systems (MEMS). 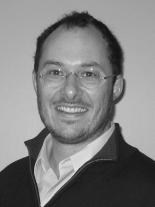 Dr Nicholas X. Randallis a Chartered Engineer (CEng MIM) and holds a B.Sc. in Materials Science from Brunel University (London, UK) 1994 and a Ph.D. from Neuchatel University (Neuchatel, Switzerland) 1997. .His PhD Thesis entitled, “Development & Application of a Multi-functional Nanotribological Tool” consisted of developing the first combined system for nanoindentation and Scanning Force Microscopy (SFM). This system has now been commercially available since 1997.

Dr. Randall has published extensively in the field of surface mechanical properties testing, especially related to scratch (adhesion) testing, nanoindentation and tribology testing. He is chairman of ASTM committee G02.40, responsible for developing tribological test standards for non-abrasive wear. He has written a chapter on tribological testing of biomaterials for the ASM Handbook on Biomaterials Testing and a chapter on Experimental Methods in Tribology for the Springer book Tribology for Scientists and Engineers.