Discussions during breaks with teachers and participants are a huge benefit!

Micro-optical elements are ideal components for building compact optoelectronic systems. Typical elements are refractive and diffractive microlenses, Dammann gratings, optimized phase elements, and polarizers. Modern microfabrication technology enables the manufacturing of almost any structure shape including asymmetric aspherics, which provides all degrees of freedom for design. Besides the theoretical background and overview of current technology, system concepts will be discussed. In addition, selected applications will be presented including diffusers for illumination, collimation of high-power laser diode arrays, hybrid (refractive / diffractive) achromats, array generators, Optical MEMS, photonic crystal waveguides. The participants will be introduced in different types of diffractive and refractive micro-optical elements. They will learn about their potential and they will get an idea of the suitable design tools. 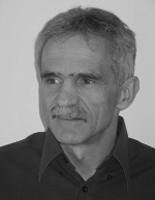 Prof Dr Hans-Peter Herzig, Professor Emeritus at EPFL Swiss Federal Institute of Technology, Lausanne, Switzerland. Hans-Peter Herzig received his diploma in physics from the Swiss Federal Institute of Technology in Zürich, Switzerland, in 1978. From 1978 to 1982 he was a scientist with the Optics Development Department of Kern in Aarau, Switzerland, working in lens design and optical testing. In 1983, he became a graduate research assistant with the Applied Optics Group at the Institute of Microtechnology of the University of Neuchâtel, Switzerland, working in the field of holographic optical elements, especially scanning elements. In 1987, he received his PhD degree in optics. From 1989 until 2001 he was head of the micro-optics research group at the University of Neuchâtel. Since 2002 he has been a professor of applied optics. His current research interests include refractive and diffractive micro-optics, nano-scale optics and optical MEMS. Dr. Herzig is member of OSA, IEEE/LEOS, board member of the EOS and secretary of the Swiss Society of Optics and Microscopy. He is a senior editor of the Journal of Microlithography, Microfabrication, and Microsystems (JM3) and a member of the editorial board of Optical Review. He served as Chairman for conferences of the IEE, IEEE/LEOS, OSA and SPIE. 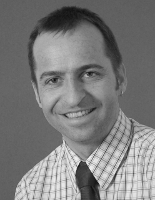 Dr Markus Rossi from Heptagon AG, Zürich (CH). Formerly head of CSEM Zurich Replicated Micro-Optical Elements, Markus became CTO of Heptagon after CSEM's Microoptics division was acquired by Heptagon in 2000. He is an expert on fabricating diffractive and refractive micro-optic components for industrial applications in the European and US markets. Markus holds a Ph.D. from the University of Neuchatel, Switzerland and a master's degree in physics from ETH Zurich.