Good overview of this wide topic

The main objective of the course is to present and discuss the latest advancements in Internet of Things components embodied as wearables, with focus on low power sensing technology, wireless communications, energy harvesting and their heterogeneous integration for smart system applications. The focus is on smart devices that can be incorporated into human’s clothing or be worn on the body as accessories in order to track activity, various biomarkers and exposome. Technological roadmaps of performance, design and future evolutions will be presented. The low power computation and wireless communications are discussed from the point of view of technologies capable to reduce the energy per computed and communicated bit, as well as from a standardization point of view. We will detail future applications for wearable sensing and computing with main emphasis on: (1) monitoring for medical personalized diagnostic and prevention, and, (2) sports, fitness and activity monitoring applications. We will analyze the benefits of autonomous smart system technology from different perspectives, including that of the individual, the physician, health care management, economists, and, society in general. We will provide a rationale on the role of such technology as a component of the health care cycle and the changes it can induce by reinforcing preventive strategies. One example will be the Lab On Skin technology platform developed at EPFL and transferred to Xsensio SA company. We will also present how the wearable technology can be incorporated in large Human Avatar platforms, emerging now at EU scale (https://www.health-eu.eu/).

This course is designed and structured to address PhD students, post-doctoral fellows, R & D managers and engineers, business development managers and a wide range of R & D staff from companies and institutes involved in the research and development of smart systems, low power sensors and wearable applications. It also addresses researchers and engineers interested in multidisciplinary aspects of future smart system design and energy efficiency for smart wearables.

The course is compactly organized along one day, on 8 hours of lecture (with a possible 1 hour written evaluation at the end of the course, which for PhD students could offer the equivalent of 1ECTS for the doctoral schools). 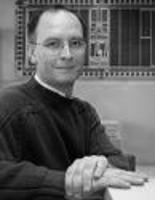 Adrian M. Ionescu is a Full Professor at the Ecole Polytechnique Fédérale de Lausanne (EPFL), Switzerland. He received the B.S./M.S. and Ph.D. degrees from the Polytechnic Institute of Bucharest, Romania and the National Polytechnic Institute of Grenoble, France, in 1989 and 1997, respectively. He held staff and/or visiting positions at LETI-Commissariat à l’Énergie Atomique, Grenoble, CNRS, Grenoble, and Stanford University, Stanford, CA, in 1998 and 1999. He was a visiting professor at the Tokyo Institute of Technology, Japan in 2012.

He is the founder and director of the Nanoelectronic Devices Laboratory (Nanolab) of EPFL. The research of Nanolab focused on various research topics in the field of beyond CMOS and More-Than Moore devices and technologies. His group activities are centered on silicon micro/nano-electronics with special emphasis on the technology, design and modeling of new low power device concepts; steep slope transistors (tunnel FETs and ferroelectric FETs with negative capacitance), MEMS and NEMS devices with main emphasis on low power resonator concepts (vibrating body transistors), new materials (carbon nanotubes and graphene) to achieve novel analog and radio frequency functions and low power sensing (FinFET and stacked SiNW biosensors, CNT gas sensor arrays.

Prof. Ionescu has published more than 300 articles in international journals and conference proceedings. He is cited on the Essential Science Indicators of Web of Science in the top world wide 5’000 Engineering leading scientists, with contributed hot papers.

He is the recipient of the 2013 IBM Faculty Award and of the André Blondel Medal 2009 for contributions to the progress in engineering sciences in the domain of electronics as cited by Society of Electrical and Electronics Engineering (SEE, Paris), France. He and his PhD students won many Best Paper Awards at international conferences.

He served on the International Electron Devices Meeting and ESSDERC/ESSCIRC technical committees and he was the Technical Program Committee Chair/Co-Chair of the European Solid-State Device Research Conference in 2006 and 2013. He is a member of the Scientific Committee of the Cluster for Application and Technology Research in Europe on Nanoelectronics (CATRENE) and the academic representative of Switzerland to the European Nanoelectronics Initiative Advisory Council (ENIAC). He is an elected Member of International Planning Working Group for Nanoelectronics from 2007 and he is the European Chair of the Emerging Research Devices of ITRS from 2010.

Prof. Ionescu has been the initiator and coordinator of FET Flagship Guardian Angels for a Smarter Life, an advanced research program that was selected by the European Commission among the top four leading candidates. The Guardian Angels Consortium included 66 partners from top ranked European universities, large research institutes and leading industries.